I am a mask; A ghost.
A terror whose every last shred of spirit has been devoured by a fire of antagonistic memories. I die with the fading embers of my sanity.
I am a nightmare. A disease. The predator to all the prey in the world.

Vampyres, a genetic variant of humans, were created hundreds of years ago by a virus that now co-exists within them. Being the oldest among them, Kara sculpted a perfect society of her own kind, hidden away from humanity's curious eyes. Shaping history, they have since become embroiled in continuous war, with the intent of keeping humanity safe from their own virus. As she falls in love, Kara introduces her fiancé to the only world she knows, adding another soldier to her war.

Jalix, bewildered and undergoing a tremendous change, struggles with keeping allies and enemies alike at bay, focusing on his own health, as well as the safety of his beloved. Before long, Jalix discovers that he has been unknowingly involved in the Vampyres' war since before he met Kara, and vows to stay with them for as long as the battle lasts. Fighting their own emotions, the brutality of their enemies, and the conflicts between their own friends, their society realizes that this war is drawing to an end, with the welfare of humans and Vampyres alike at risk. If they survive to see the end, it will be bloody.

I told Jalix that I wanted to be more than the sum of my actions. When I'm remembered, I want it to be for all the things I was, not the things that I did. I want people to know who I became. Anyone in the right place at the right time can become a leader. Anyone can fight a losing battle. But even when history isn't written by the victor, the people in those wars are forgotten. They're numbers, statistics, facts, pictures. Who do we become when we lose what we do? If we strip the parts of us that we've tried to be rid of, what's left? Jalix understands something I don't. I'm not sure what that is, but he knows something about life that I'm not aware of yet. There's something in his eyes when he's angry. Something in his voice when he's happy. He knows how to live. He knows how to create an image of himself. People see him for who he truly is, and I fear the same can't be said for myself. 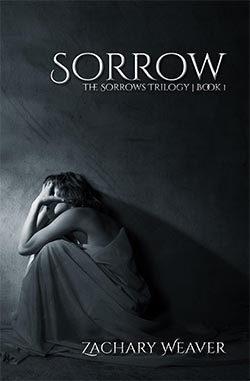 Amazing! Really great read. I loved all the unexpected turns and surprises. Would definitely recommend this!! Can't wait for the next one.

Incredibly rich story line, with entirely accurate reference of history! It’s so rare to find a fantasy book that runs parallel to fact, making it a believable book that’s EASY to immerse into.

This is an excellent book, great character structure and depth. It will leave you wanting more. I can't wait for the next book.

Definitely a unique take on the vampire ("Vampyre") scene, in the sense that it's approached in a way that yearns for science and conjoins with the myths surrounding realistic history. It's a perspective on this mythology that hasn't been broached since Underworld was new, yet meets up with X-men in a more fleshed-out and materialized manner. … Read Full Review on Goodreads